Trichotillomania is the medical term for compulsive hair pulling.

Unlike just regular hair pulling, trichotillomania is an impulsive control disorder. It can involve pulling hair out or twisting it until it breaks from the scalp, eyebrows, eyelashes, or even other body parts.

In some cases, those who suffer from it may eat the hair or bite it as well.

It’s classified as a compulsive disorder which is under the umbrella of anxiety disorders and is similar to obsessive-compulsive disorder (OCD). It’s a body-focused repetitive behavior (BRFB) just like skin picking or cheek biting.

While researchers aren’t sure of the exact underlying cause, it’s thought that there may be a problem in the brain with nerve signals or neurotransmitters (chemicals within the brain and nervous system that transfer messages).

Trichotillomania can be chronic and often occurs due to stress, anxiety, depression, or post-traumatic stress disorder although boredom can also be a cause. When it occurs in adults, more women than men usually are affected. Women are generally more susceptible to anxiety disorders and depression.

The Diagnostic and Statistical Manual of Mental Disorders has criteria that can help to recognize and diagnose trichotillomania. In addition to compulsive hair pulling or twisting, symptoms of trichotillomania include:

When Does Trichotillomania Start?

Trichotillomania is most common between preteen and young adult years. Trichotillomania in children below this age is usually resolved before they get older provided that their parents or guardians address the issue.

About 1-2 percent of adults have trichotillomania with anxiety usually being the cause. Most of the time, treatment is required before it will stop.

Can Trichotillomania Lead To Other Problems?

One of the biggest effects of trichotillomania is functional impairment, especially socially. Because it only occurs in a small percentage of the population and because many of those who suffer from trichotillomania keep silent for fear of judgment, sufferers often feel alone.

This takes a toll on their ability to form close relationships as they may end up avoiding meeting people due to their physical appearance and it can even get in the way of their jobs.

Constantly pulling out the hair can lead to bald patches and different lengths of hair leading to low self-esteem. Some people even do it in their sleep which can make them feel powerless.

From a physical health perspective, aside from the fact that continuous stress and anxiety lower the immune system and interferes with sleep, the fact that some sufferers eat their hair can cause digestive problems such as bowel obstruction.

Skin can also get damaged and in severe cases, muscles and joints can be affected due to repetitive motions.

The key to curing or managing a mental disorder is finding the right treatment and the right therapist. There are a few different treatment options that have been found to be successful.

While any qualified mental health professional can help, people with trichotillomania might find going to a trichotillomania learning center or a center that specializes in treating all body-focused repetitive behavior disorders especially helpful.

This can help them to meet with therapists and other people who truly understand.

Controlled trials and feedback from patients show that behavioral interventions usually have the highest success rates for most mental health issues centering around impulse control.

A study published in SAGE Journals revealed that behavior therapy isn’t just effective in the short-term but in the long-term.

The woman who had participated in the study was followed up with five years after the treatment and it was found that the replacement habits had stuck. Habit reversal therapy is the most common form of treatment for trichotillomania and is a form of Cognitive behavior therapy (CBT).

Habit reversal therapy recognizing the triggers that would usually initiate hair pulling. But instead of going through with it, that habit is replaced with a healthier or benign one, for example, simply tucking the hair behind the ear or flexing the hand instead.

This is usually the basis for all cognitive behavioral therapies.

The first step in any treatment is becoming aware of the issue as some people don’t even realize that they are pulling out their hair until they’ve done it which is why awareness training is so helpful.

These are commonly prescribed for anxiety disorders or amino acids that are precursors to the neurotransmitters that calm anxiety, for example, N-acetylcysteine (NAC) or selective serotonin reuptake inhibitors (SSRIs).

In some situations, antipsychotic drugs may be prescribed.

These medications are generally less effective but may help some people, especially those who find that behavioral therapy didn’t help. These types of medications, particularly antidepressants and antipsychotics usually come with some unpleasant side effects such as sleeping problems, nausea, dizziness, low sex drive, diarrhea, and headaches.

Long-term use can also be harmful more than helpful and lead to addiction. Clinical trials are still being done fairly regularly to find alternative medications that may be more effective.

CBD, short for cannabidiol, is a cannabinoid or compound in the cannabis plant that has no psychoactive properties and is often used to reduce stress levels and multiple forms of anxiety.

It’s available in many different forms, including edibles such as gummies, beverages, and oil.

It may also be used for treating trichotillomania with far fewer side effects than the usual antidepressants and anxiety medications.

How Can CBD Relieve The Symptoms Of Trichotillomania?

A 12-week study done by the Department of Psychiatry of the University of Minnesota found that an average dose of 11.6 mg of dronabinol, a CBD agonist and the synthetic form of THC, reduced trichotillomania symptoms without side effects or cognitive impairment.

THC is also a cannabinoid and is responsible for the high when smoking marijuana. But this isn’t the only option. CBD has been shown during clinical trials to have anxiolytic effects meaning it helps to relieve anxiety disorders including compulsive disorders.

This effect is due to the way CBD interacts with the CB1 receptor (one of two main types of cannabinoid receptors in the brain) and serotonin receptors.

Some people may experience some side effects when using CBD including:

But these side effects are usually very mild. It’s just about finding the correct dose. Some people respond well to as little as 2.5 mg, but others may need around 300 mg per day.

Trichotillomania is a difficult condition to live with particularly because it’s a compulsive disorder and relapses often occur after attempts to stop. But there are many treatment options which offer a way for everyone to be helped.

You don’t need to struggle with trichotillomania forever.

CBD may safely and effectively help with anxiety and compulsive behavior. The key to finding an effective dose is starting at a low dose and increasing it slowly should you need to. This will also help to prevent side effects. 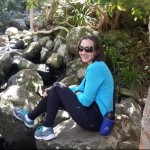 Cheanné is a freelance writer and blogger. She writes primarily about nutrition, fitness, and mental health. She has diplomas in Personal Nutrition and Weight Loss from Shaw Academy and an Introductory Certificate in Exercise Science from the Health and Fitness Professionals Academy (HFPA). She is also a qualified group fitness instructor. When not writing, she enjoys jamming on her guitar, reading, eating good food, trips to the beach, hiking, and spending time with her family and friends.

PCR Hemp Oil: What Is It? And How Is It Different From CBD Oil?