CBD Oil Colorado: CBD Is Legal In The Centennial State [Plus The Brands To Try]

CBD Oil Colorado: CBD Is Legal In The Centennial State [Plus The Brands To Try]

Medical and recreational marijuana has been legalized in Colorado since 2012 and following closely behind is the legalization of CBD oil products.

While you’re able to get CBD from a dispensary, you may prefer to have it be delivered to you. If that’s the case, we recommend CBD gummies from Sunday Scaries, CBD softgels from Niva CBD, and CBD oil from Populum. All three of which deliver to Colorado.

Is CBD Oil Legal In Colorado?

With the legalization of recreational marijuana in Colorado, one would assume that CBD oil products are legal as well, and they would be correct.

CBD oil that is commonly used to treat medical conditions and ailments is extracted from industrial hemp plants which contain non-detectable amounts of THC, generally 0.3% or less.

However, high THC oils are also legal the state but are not what is traditionally thought of when considering CBD oil products. Both of these oil types are legal and accessible in Colorado from dispensaries and some online retailers.

Understanding The CBD Boom: What is CBD Oil?

It is clear that CBD oil and products have become massively popular. The boom of this product growth is fascinating, but before this phenomenon can be unpacked it is helpful to understand what CBD oil is.

CBD, or Cannabidiol, is a chemical found in the cannabis plant, most well known as the marijuana plant. It is one of two major naturally occurring chemicals known as cannabinoids.

Tetrahydrocannabinol, THC, is the second major cannabinoid which is the element of cannabis known to cause the psychoactive effect associated with the “high” known to occur with marijuana use.

To fully understand CBD it is important to have a clear understanding of the cannabis plant and the difference between hemp and marijuana.

The terms hemp and marijuana are often used interchangeably, but this is misleading. They are often referred to as “strains” or “species” of cannabis, but this is inaccurate. They are just terms that have been come to be used in the cannabis culture.

Hemp is the term used to refer to cannabis that contains 0.3% or less of THC and marijuana is used to indicate cannabis that has 0.3% THC or more.

CBD can often get a bad rap due to the negative connotations around cannabis and marijuana. However, most CBD products are made with hemp CBD which contains very little, and often no, THC.

CBD oil has grown from the capsule and tinctures it is best known for, to salves, candies, coffee beans, beard oil, and just about any other product that can be applied or consumed.

What has contributed to this CBD boom?

In short, the undeniable benefits and Colorado’s legalization of recreational marijuana. There are some aspects of CBD that may have began as a fad, but it doesn’t take long to see real results through the use of most CBD products on a consistent basis.

If the benefits of CBD have been the driving force behind its popularity and boom, what are these benefits, exactly?

Because CBD contains little to no THC, it does not have the same psychoactive side effects as traditional marijuana and THC containing products. As such, it is an appealing alternative for ailments without having to experience the side effects of pharmaceuticals or marijuana.

The body contains a system known as the endocannabinoid system which acts much like the nervous system.

This system reacts with both endogenous (naturally occurring) cannabinoids and external cannabinoids like CBD. It is known to play vital roles in sleep, appetite, immune responses, and pain.

When CBD products are applied or consumed this system receives the cannabinoids necessary to improve many processes in the body.

CBD is an extremely effective anti-inflammatory due to its ability to modulate the immune response. Inflammation is a natural immune system response to harmful toxins, injury, and free radicals.

This inflammation can lead to chronic conditions and negative health effects.

Rather than turning to medications, CBD has been shown to reduce this inflammation and prevent or reduce damage. CBD reacts in the body to eliminate these detrimental free radicals and reduce the pain associated with inflammation.

Note that a healthcare provider clearance should be obtained prior to ending any treatment or starting a new one.

Anxiety and depression are mental health conditions that many Americans struggle with. Pharmaceuticals are usually the primary treatment used in these conditions, but they are not without side effects and withdrawal effects.

A 2011 study by Neuropsychopharmacology looked at 24 participants with a social anxiety disorder.

These participants received 600 milligrams of CBD or a placebo prior to taking part in a public speaking test. Those who received the CBD has a less cognitive impairment, discomfort in speech, and overall anxiety.

Cancer treatment symptoms can cause an already difficult diagnosis to be harder to live with. Many individuals are finding relief of the cancer treatment-related nausea, vomiting, and pain through the use of CBD products.

A 2010 study by British Journal of Clinical Pharmacology looked at 16 participants who were undergoing chemotherapy. They received an oral spray combination of CBD and THC and found they had a greater reduction in symptoms than those who used traditional methods of relief.

Other conditions that have seen impressive benefits from CBD use include:

Colorado was the first state to legalize recreational use of marijuana. This took place in December 2012 and since then the marijuana product market has skyrocketed in the state.

Recreational marijuana is legal in Colorado, but only to those who are 21 years of age or older.

However, the law limits the amount of marijuana these individuals are allowed to possess. Only 1 ounce (28 grams) can be purchased in a single transaction and in any one person’s possession at a time and as of 2016, this extends to tourists as well.

How To Buy CBD Oil Online Legally In Colorado?

Because CBD oil products are legal in Colorado these products can be purchased both online and through retail stores.

However, when it comes to high-quality CBD oil products, which are those with low levels of THC, it can be difficult to find a dispensary that has these products readily available.

There are just a few medical grade CBD dispensaries throughout Colorado and they risk running out of stock due to the high demand. There are online companies that are able to sell throughout all 50 states because their products contain 0.3% or less THC.

Many of these companies are located in Colorado, but there are some that are outside of Colorado and throughout the United States. CBD oil that contains high levels of THC is unable to sell to states where THC containing products are not yet legalized.

How Does The 2018 Farm Bill Affect Colorado?

The state of Colorado is a forerunner of CBD products as well as medical and recreational marijuana.

The market has skyrocketed and many farmers are making great profits from the legalization of recreational marijuana as well as the CBD boom throughout the United States.

The 2018 Farm Bill makes industrial hemp, which contains very small amounts of THC, re-categorized as a non-controlled substance which makes it more eligible for growth and cultivation.

This may impact these farmers as other states become more able to produce industrial grade hemp and other cannabis plants.

In the Centennial State of Colorado, CBD oil is legal and dispensary business is thriving.

With the growth of the CBD market, it is important to look for reputable dispensaries who have third-party lab testing and make those results available to their customers.

And if you’re looking to get your CBD delivered to your doorsteps, we recommend the following brands: 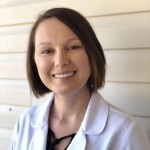 Trista is a Registered Dietitian and Content Writer. She has been writing in the areas of CBD, health, wellness, and nutrition for over three years and enjoys the opportunity it provides for creative outlet. Trista graduated with two Bachelor’s degrees, one from the University of Alabama in Dietetics, and a Master’s Degree in Public Health Nutrition. When she is not writing or working in the Pediatric Nutrition office she enjoys being active with her family, husband Brett and daughter Emma Grace.

CBD Oil Tulsa: How To Get CBD Oil In Tulsa? [And The Brands To Try]

CBD Oil Kentucky: Is CBD Legal In The Bluegrass State? [Yes, Plus The Brands To Try]

CBD Oil Maryland: Is CBD Legal In The Free State? [Plus The Must-Buy Brands]

CBD Oil Oklahoma: Is CBD Legal In The Sooner State? [And The Brands To Try]

CBD Oil Maine: It’s Legal! [Plus The Brands To Try]