Although there has yet to be any conclusive evidence that a weed overdose can kill a person, there are negative repercussions of consuming too much weed.

And if you’re consuming weed for the health benefits, Farma Health recommends you make the switch to CBD.

CBD is a compound derived from hemp and marijuana plants that provide much of the same benefits as THC. Scientific trials have shown that CBD may help treat conditions like pain, insomnia, and anxiety to name a few.

Can You Die From Weed: Frequently Asked Questions

Can You Die From Weed: The Highlights

Can You Die From Smoking Weed?

Medical cannabis originating from the cannabis plant is growing in popularity amongst the medical community. The reason for this is due to the marijuana plant’s cannabinoids, especially THC and CBD, which are an effective natural treatment option for people struggling with many different types of health disorders and diseases.

However, although marijuana is becoming a much more accepted treatment option with more and more people – and states – turning to its powers for their own personal medicinal purposes, there is worry that marijuana abuse can lead to an increase in reported cases of overdose and even deaths.

However, although it still remains a possibility that marijuana alone can kill a person, the general consensus – based off of the current prevailing evidence – is that it cannot. There are as of yet no official reports that cannabis can directly cause death.

A 2011 study done by the National Drug and Alcohol Research Center at the University of New South Wales stated that there are absolutely no reported cases of fatal marijuana overdoses in the current human medical literature.

Although it is highly unlikely that marijuana alone causes sudden death, there have been reports of death in cases where the individuals had other factors involved while consuming marijuana.

Deaths have resulted in people who were already suffering from an existing health condition.  Others were taking other drugs or drinking alcohol.

Therefore, marijuana has been considered a contributing factor, but not as the sole reason for sudden death.

It is well to note that weed can also influence wreckless behavior, which can lead to potential death. Like alcohol and other drugs, marijuana can impair right-minded judgment.

This ultimately means that reckless driving, working, or playing while high on cannabis can much more likely result in dangerous results and even death.

For this reason, there is rising concern over the increasing legalization of cannabis in many states. The easy access to marijuana for people who should not have it – namely drug offenders, mentally challenged individuals, and the youth – is just cause for concern.

Is A Weed Overdose Possible?

It is possible to overdose on marijuana.

The negative effects of cannabis can increase as more is consumed. However, unlike other types of drug overdoses, death from overdosing on marijuana is highly unlikely.

How Much Weed Is Too Much?

Medical professionals have not yet determined a set amount of THC that is considered an overdose or lethal dose. However, if you start to experience the following symptoms below, you can bet you have overdosed on marijuana.

Although there are no known long-term effects of a marijuana overdose, there are commonly reported short-term symptoms such as psychosis, vomiting, and heart arrhythmia:

Due to the power of a psychoactive high, too much of a high can leave a person feeling completely ungrounded and not in their right frame of mind.

This can lead to stress responses such as:

All of which are quite scary for the person experiencing these emotions. In negative mental experiences such as these, a person is much more likely to react drastically or take risky actions.

However, depending on the person and the amount of THC consumed, uncontrollable and continual vomiting is possible until the effects of THC cannabinoids wear off.

THC is known to raise blood pressure and also cause irregular heartbeat. Also, when someone is experiencing extreme psychoactive effects, the anxiety and stress potentially generated from the high can encourage heart racing and even potentially a heart attack.

Smoking vs Edibles: Risks You Should Know About

Although it is possible to overdose through both smoking cannabis as well as eating marijuana-laced foods, there are more risk factors involved with edibles.

This is because edibles have to pass through the digestive tract. Therefore, the THC takes much longer to take effect, anywhere from two to four hours. A person will eat one brownie and feeling nothing, they will eat another one and then maybe even a third.

Before they know it, they are so high that they start to panic. This is where potential paranoia, anxiety, and even physical symptoms such as heart racing can take place.

Another risk to think about is kids getting a hold of the edibles when no adults are around.

Kids can mistake it for a typical snack, eat as much as they desire, and then end up having a psychoactive episode that can not only give them negative physical symptoms but that can also scare them into a panic.

Also, pets can be at risk. It can be easy for your pet to get into your THC-laden edibles, especially if it is a food that your pets would be tempted by.

The same overdose effects take place within an animal, only it is more dangerous for them because they are smaller and are unused to marijuana consumption. If this happens, you can contact the pet poison helpline for immediate assistance on what to do.

The best advice is to simply keep edibles well hidden if not immediately consumed by the adults in the household. This way kids and pets are kept safe from any undesired effects of a marijuana overdose.

As for smoking marijuana, the THC-rich smoke goes into the lungs and directly into the bloodstream where it takes effect within minutes. Therefore, it is much easier to gauge how much cannabis is enough.

However, it is still extremely easy to overdose through smoking marijuana. A slow and cautious smoke session is advised.

How To Handle A Marijuana Overdose

If you feel that you have overdosed on marijuana, there are a few simple things you can do at home to offset panic, nausea, and other negative side effects of marijuana:

If you do feel that the overdose could be potentially life-threatening, then visiting the emergency room may be the best course of action.

Can You Die From Smoking Weed? Final Thoughts

Although it seems that marijuana definitely comes with its own set of dangers, especially for those with health issues, mental instabilities, a history of substance abuse, or for kids and pets, it is yet to be proven as a lethal drug in and of itself.

Despite this knowledge, the concern over increasing reports of weed overdose and sudden deaths while using marijuana is still likely to be an issue as more and more states legalize both medical marijuana and recreational cannabis.

And if you smoke marijuana and want to have some CBD on hand in case you feel you smoke too much, or just simply want to know which CBD brands to try, we recommend the following brands. 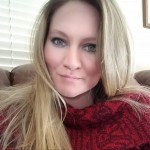 Rachael K. Metcalf is a health and wellness content writer. She has a Bachelor’s Degree in History from the University of North Georgia, holds a certificate in Holistic Health Coaching from the Institute For Integrative Nutrition in New York. Her writing includes topics such as holistic living, nutrition, fitness, spirituality, and more. When not writing, she spends her time being a wife and mother, boating, and running a part-time Etsy shop.

How To Make CBD Oil? [And The Brands To Try]

Can You Overdose On Weed? [Short Answer: No]

Trichomes: What Are The Benefits Of Trichomes For Cannabis? [Defensive Mechanism Is One]

How To Quit Smoking Weed?